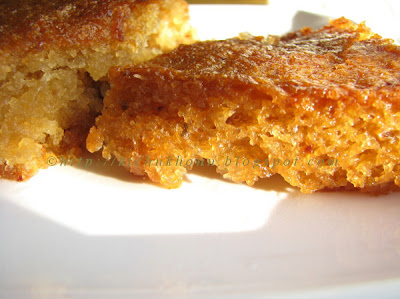 When I went through my blog recently, I saw that I have baked quite a few eggless fruit cakes. And by fruit cakes I mean I have used fresh fruits.

Baking has been a challenge for me ... always. It goes against my experimentive nature. I love to play with stuff ... go beyond rigidity. So going by exact measures, exact proportions, exact temperatures .... nah ... is not for me. And to make things worse ... I hate reading or following cook books. I just don't have the patience.

But then ... I love to eat cakes. And to bake them too. So I started baking them. Perfected my Coffee Cake .... the family's favourite now.

Mustered the courage and baked Eggless Coffee Cake too. Successfully.

And then started with fruits. The Eggless Pineapple cake was a huge first time success. So was the Eggless Mango Cake. I baked an Eggless Banana cake too.

I was on a roll. No complex recipes ... as with all my other recipes. I loved the smell of the fruit in the cakes ... which is why I never tried to use eggs in them ... and consequently did not need any vanilla essence. Loved every one of them.

This time there were a few apples in the fridge. This was the first time I tried making an Eggless Apple Cake. Had some walnuts at hand ... so chopped them up and added to the batter. And purposely kept the apple's age old partner ... the cinnamon ... away.

If you want the complete recipe, just go to the other fruit cakes that I have mentioned here ... and substitute the used fruit with pureed apple. And use Apple juice in place of the used liquid. 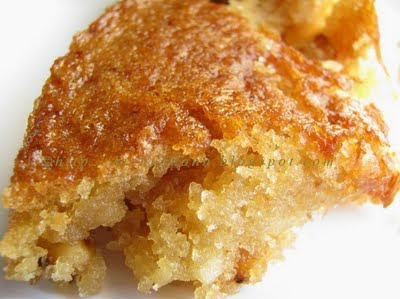 But there were some minor accidents while making it ... so the results were slightly different from the usual other cakes.
No ... do not get me wrong. It tasted heavenly. But I am writing down the mistakes more for myself than for the log of the recipe.

Firstly .... I eyeballed ... as usual. But overconfidence does not always work.

Then, the cup of vegetable oil I was using slipped from my hands .... resulting in too much of oil for too little flour. So the cake turned out a little too moist.

Next, I measured the sugar only after grinding it. Baaaaaad idea .... where was my mind? The cake turned out to be toooo sweet. But a plus .... the crust was very crisp. You win some, you lose some.

And used a tablespoon for measuring the baking powder. Result .... a cracked cake. I know ... I should be the one who should be called that. :-p

And last, but not the least ... I added vanilla essence.
So what? So this.
Every bite tasted awesome! But only till you asked "Guess the flavour?".
It was somewhere between mango / chocolate ( I guess the crispy crust ) / what not ... anything but apple or vanilla. 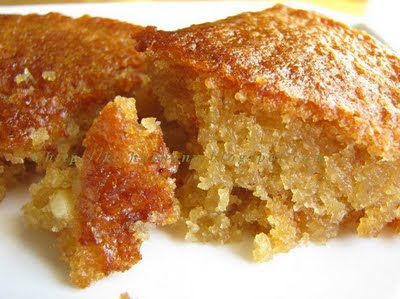 So there folks ... am convinced that am going bonkers. So decided to give myself a break. The cake was just as awesome as the snaps are ... believe me. But I guess I was just plain lucky.

But if I try anything new again, am positive I'll ruin something far more important than the cake. ;-)

So am taking a break. I promise to return with some great but simple recipes again .... soon. Maybe by Christmas .... or early next year.

Please do not spam. Sharmila
Hi! I am a blogger, home chef, writer, recipe curator, knitter. Spreading my love for homecooked food with easy and simple recipes here. I also provide food delivery from my kitchen to your plate. Send me an email or a dm. 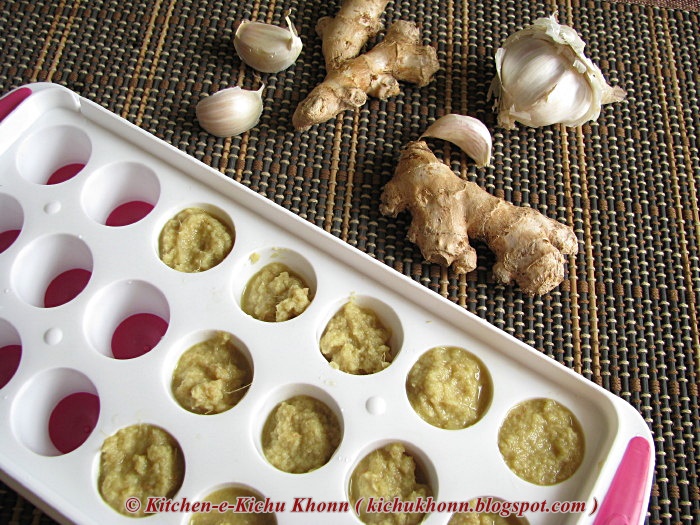 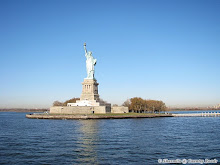 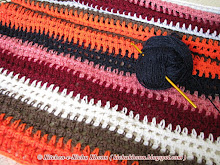